If you've watched a European movie, stayed in a European hotel, or even looked at a picture of a European home, you've no doubt seen those towel racks that have several bars close together, installed against the wall. Those are towel warmers, and while they aren't standard in U.S. homes (yet), there's more interest in having them in U.S. homes now. These heated towel bars help your towel dry faster after you use it, preventing the growth of mildew and other icky things.

Will It Set the Towels on Fire?

At this point, some of you are probably rolling your eyes, but others are happy this was brought up. Placing cloth on any heat source seems like a bad idea, especially because you're told to keep heat sources away from things like curtains. But that's not how this radiator works. It doesn't become hot; it becomes warm. And, as it's meant to hold towels, you can guess that it will hold clothes, too. The one caveat is that, if you put too much on it, the heat from the radiator could be mostly blocked from getting out into the room by the clothing.

Does It Have to Be Connected to Your Home's Heating System?

Do You Have to Keep Wet Clothing off of the Bars?

You do not have to place only dry things on the bars. You're not going to steam-cook your clothing or towels; in fact, these racks are made specifically so that your towel dries more quickly. Your clothes can, too, but do not use the radiator in place of a regular drying rack for your laundry. Again, if you place too much on the rack, you're going to block the heat that should be warming the room.

These racks usually have an off switch, so you'd be able to turn them off when you're not using the bathroom. There are some that are connected so completely to the heating system in your home that there's no off switch just for the rack; you'd have to turn the breaker off. Keep that in mind when choosing a style of towel warmer radiator. 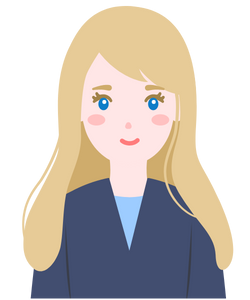 When you think about furniture, what sort of thoughts come to mind? We hope they are friendly thoughts. After all, furniture is meant to be friendly. It is meant to be something that helps you out with your day, makes you more comfortable, and serves a function to make your life easier. If your furniture is not doing some of those things for you, then we have to wonder — what is it doing? We love thinking about and writing about furniture in this deep, meaningful sort of what. That's why we're so glad to have this blog as a place where we can do it.